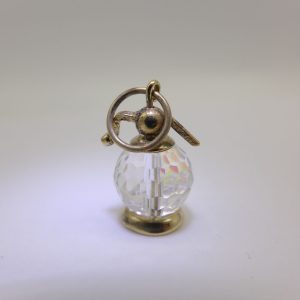 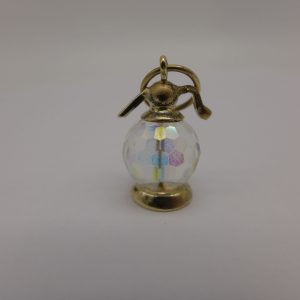 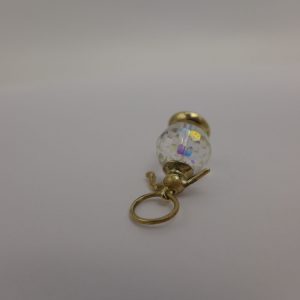 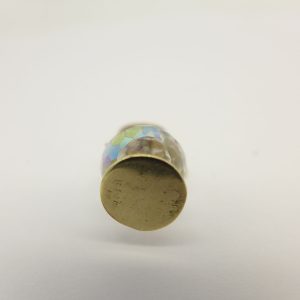 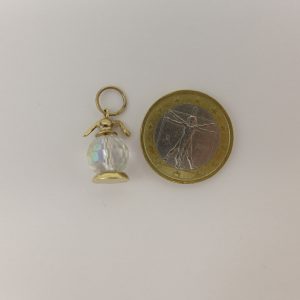 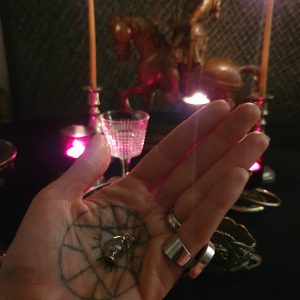 Who says being sober has to mean giving up on the glamorous life? Not this talisman.For those of us who don’t drink alcohol, soda water is a powerful ally and friend in social settings. This delicate vintage glass and solid gold soda syphon has been transformed into a Sobriety Talisman to help support and strengthen willpower, confidence and prioritizing decisions that support the Self. It’s also a badass being to have around your neck recalling the olden days of glamour and luxury.

If you’re at the point in your life where you are ready to choose yourself again and again, over the often more socially and culturally endorsed choice of choosing a drink / drugs / to suppress yourself and make your true self smaller, this little coffee pot may well be your missing companion on this wild ride.

Sobriety is an incredibly powerful and empowering choice that one makes afresh, every day. Possibly one of the most life-changing decisions many of us ever make, these sobriety talismans have been imbued with all the powers of the Universe to support you in this decision, and therefore in choosing yourself over all else whether for the first time or the 1,000,000th time.

The date and the chart I have chosen for sobriety also required a strong relationship between Saturn and Mars. When addressing the issue of addiction, the planets which are indicators of addiction are the Moon (associated with habits, defence mechanisms and instincts) Neptune (associated with drugs and alcohol, along with poor boundaries) and Mars (uncontrollable impulses). In this chart there are positive aspects from Saturn which bring boundaries, control, stability and sobriety to the impulses of the aforementioned planets. Similar to the chart for protection, I have chosen the conjunction between Saturn and Mars, specifically, so that Saturn can act as a restraining influence upon the rash impulses of Mars. Saturn is also an indication of an authority figure supporting an individual towards sobriety. There is also a harmonious semi sextile (a mild and positive minor aspect) between Saturn and the conjunction of Jupiter with Neptune in Pisces (this configuration is a classic indicator of addiction, showing an inflation and exaggeration (Jupiter) of addictions (Neptune) in the watery sign of Pisces which like water itself, has no boundaries. Therefore, a positive influence from Saturn is extremely important in keeping the conjunction between Jupiter and Neptune in Pisces, thoroughly in check. Finally, one of the most favourable aspects of this chart is the harmonious trine aspect between the Saturn-Mars conjunction in Aquarius and the Moon in Gemini, so our protector and bodyguard of the cosmos, Saturn is in a highly beneficial relationship to our habits and impulses (Moon). I specifically chose the time when Saturn and Mars were placed in the 2nd house of personal resources, because as well as receiving support from external resources, it is also essential to draw upon personal resources to obtain sobriety. 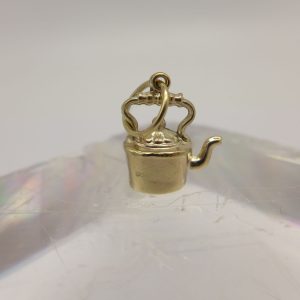 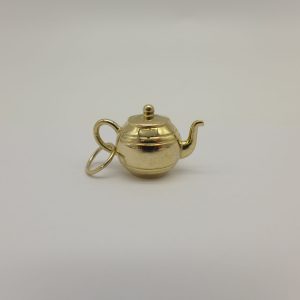 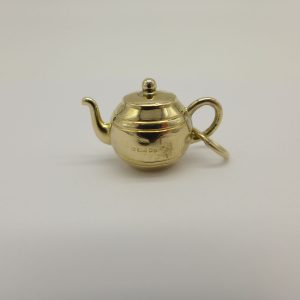 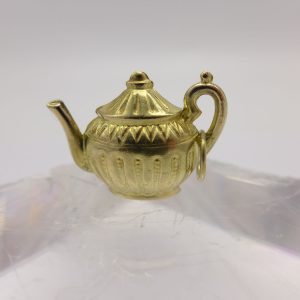 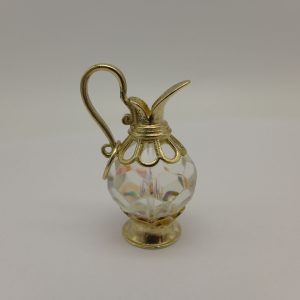 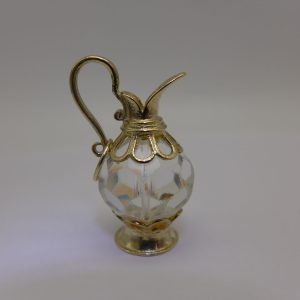 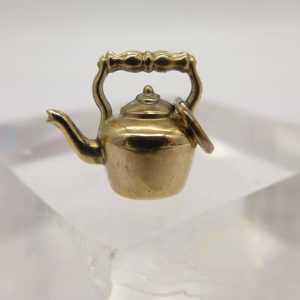 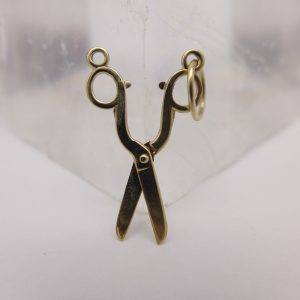 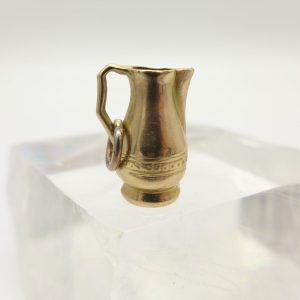